How to create a more ecologic, in other words, better festival?

Is there even such a thing as a sustainable festival? Isn’t the club scene by its very definition obliged to live in the moment, refusing to worry about tomorrow? Doesn’t it stand for a glamorous way of life defined by wastefulness, excess and hedonism?

The fundie says: Sound:frame was never designed to be sustainable. The very attempt to make a festival for audiovisual expressions sustainable seems absurd and strangely inconsist- ent. To save electricity one needs to simply turn off the lights. Let’s just leave it at that. Period.

The realist says: This attitude seems rather conservative. Of course it is possible for a festival for visual culture to be sustainable. In fact, it has to be! Dealing with this issue is far more than just a matter of eco-power or energy efficiency.

Being a realo, I was introduced to this topic in 2006. The initial idea, which set the ball rolling, came from the very top: during its EU presidency, Austria took the opportunity to organize the conference “Greening Events” at the Hofburg. Much has happened since then. Some festivals disappeared; others became considerably bigger, yet there’s still too much of everything. Even quite unsustainable rock festivals such as the Frequency Festival have a system of can deposit that functions smoothly within the course of the festival, which is a good enough reason to talk about introducing a nation-wide can deposit.

Some things never change, though: to turn an event “green” – to adjust it to or at least orientate it towards sustainable criteria is a fundamentally different approach than to create an event on sustainability that is pleased to represent an end in itself. Apart from environmental awareness, a politically pragmatic framework proves to be of great importance, as it is not necessarily set to create laws, but alternatives and incentive sys- tems. The system of “rentable” cups introduced in 2005, sets a good example and has recently been referred to as a best practice example, as the City of Hamburg launched its „Green Capital“ initiative in 2011. According to several studies, compostable one-way cups are not significantly different than one-way cups made out of plastic. Since 2005 event promoters are alternatively provided with returnable hard plastic cups introduced by the Viennese Municipal Depart- ment 48 responsible for environmental protection and waste management.

Each cup can be used up to 150 times and has helped to avoid waste at Vienna’s Donauin- selfest, the Life Ball and the sound:frame festival. The initially plain cups are now available in different and attractive designs. Now that ecologic sustainability has become a trend, it’s not always easy to tell the difference between genuine efforts and superficial “greenwashing”.

The fundie says: It’s scandalous. Greenwashing needs to be strictly forbidden; those responsible should be boycotted, brought to justice and punished.

The realist, however, feels conflicted: Is his ar- gument justified or is this halfhearted approach still better than nothing? Could it be considered a first step in the right direction? Obviously, only easily convinced individuals really buy into these superficial sustainability programs launched by major corporations. Although on the face of it, it’s particularly hard to find out what is really behind such initiatives. How to decide whether such an initiative is indeed a cheap form of greenwashing or an initial, cautious attempt of a dedicated supporter in hope of convincing skeptical colleagues to contribute to further efforts? That’s why interpretation attempts remain ambiguous.

Let’s bring this to-and-fro to an end: How to make a festival like sound:frame more sustain- able? Since this question requires a structural approach, the festival crew should not back away from seeking professional help, when looking for short, medium and long-term answers.

The Austrian Institute of Ecology or the Eco- BusinessPlan Vienna are excellent advisors as they offer necessary expertise as well as references. To successfully approach sustainability criteria, special needs of smaller, club-oriented festivals need to be met.

Small festivals have a natural advantage over major rock festivals in the middle of nowhere, as their stages have been operated by diesel generator sets up until now, while the majority of visitors arrive by car and their infrastructure needs to be built from scratch (wastewater, gar- bage, energy, traffic, IT equipment etc). Subsequently, in terms of sustainability festivals like sound:frame have a clear head start over rural rock spectacles, as they are free to make use of existing infrastructures in Vienna, which are already in accordance with desired standards concerning energy, waste management and public transportation. Now, how to gradually start raising environmental awareness of crew-members, visitors, sponsors and promoters to eventually achieve concrete and desired results? This is only one of many important questions, most of which have not yet been answered.

Could visitors arriving on foot, by bike or by public transport receive tickets at a discount? How to motivate international artists to travel by train instead by plane?

How to save energy? Key word: efficiency. Is it possible for temporary tenants of a location to temporarily switch from current energy suppliers to strictly green electricity? Could attempts like that convince the location to change over to environmentally-friendly suppliers? Especially during transitional periods: It’s no coincidence that a ban on mushroom heaters has repeatedly been at the center of debate.

Not every location collects its waste separately: Now, how to improve the general waste man- agement of a location, particularly within the scope of a festival? Considering that reusable cups are already in use, is it possible to completely avoid cans or to introduce a temporary can deposit? This would enable visitors to contribute to the recycling process.

Only few locations are open to negotiations regarding their gastronomy. Nevertheless, there is still plenty of room for improvement: although one-way bottles are quite popular, from an ecological perspective they contribute towards a worst-case scenario. How to promote draft beer (preferably organic) in reusable cups? Where and how to set up water dispensers to provide free water for visitors? Just like major festivals, smaller events benefit from the proven principle of providing only sandwiches to help reduce waste, such as paper plates or disposable cutlery. Generally, it’s important to set a good example when it comes to catering for crewmembers and artists by favoring organic and seasonal food as well as regional and fairtrade products – preferably all at once.

Where do artists and other participants stay during the course of a festival? When accommodating artists it’s important to consider alternatives, such as the Boutique Hotel Stadthalle (zero energy-hotel) that offers a green bonus, a discount of 10 %, for those traveling by train or by bicycle. Can locations be easily reached by public transport or bicycle?

Sustainability as a core theme should not only inspire crewmembers or visitors, but also promoters and sponsors, who likewise profit from an event’s sustainable image. Within this context, it’s crucial to by no means support greenwashing. Further, it’s important for a genuinely sustainable festival to not collaborate with a sponsor whose products are not in line with sustainability criteria. Yet, ecologically fundamentalist attitudes are uncalled-for as every situation requires a very own approach. Can a festival become a pioneer through setting a good example? Now, that sustainability has become a trend, it is by no means morally reprehensible to use it as a competitive advantage – as long as interests and efforts seem genuinely honest. A good image will increasingly attract those involved: the audience, the promoters and the sponsors.

How to make a festival that thrives on its sub-cultural and passionate self-image switch to socially sustainable structures? To which extent is self-exploitation regarded as a form of investment? Leaving some things the way they are could also be considered sustainable.

How to harmoniously organize working conditions for everybody involved? When is the principle of flexibility used as a false pretense, worsening already precarious conditions? How to deal with actual forms of illegal employment or illegal money that quite a few DJs, VJs and caterers depend on?

Does every program item require flyers and posters? By now, flyers, posters and other printed forms are available at a reasonable price using ecologically certified paper. FSC paper has now become a minimum requirement for sustainable festivals and an ecologically friendly online print ship has recently opened up, not far from Vienna: www.fairprint-shop.at. Which media partners are suitable for collaboration?

Questions upon questions – all of which have yet to be answered. But let’s be honest: the only thing sustainability really needs is wholehearted support.

(Translated from german into english for the festival catalogue of sound:frame festival.) 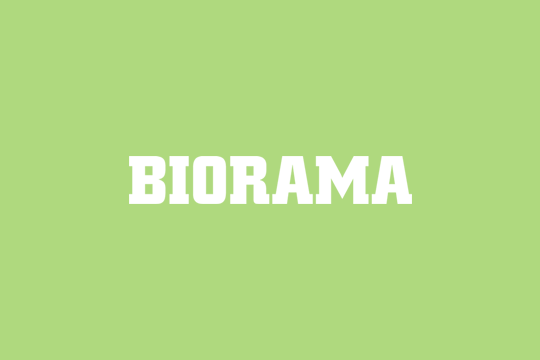